History of The Gallery Singers

In October 1968, a group of people in Vancouver wanted to explore the repertoire of music for small choirs. As there was no local choir that served their purpose, they formed their own, under the direction of Fred Carter (who went on to direct the group for the next 22 years).

They performed their first concert in December 1968. The 12-member choir included Ted Quinton, who went on to sing in the choir for the next 35 years until he retired in 2004.

As the first concert approached, the choir was still without a name. After much pondering, the choir took on the name of the Gallery Singers, as their first concert was performed from the gallery of St. John's, Shaughnessy.

The choir originally focused on music from the English and European Renaissance. Over the years, however, their repertoire widened to include music ranging from the 16th to the 21st century, and styles ranging from profound sacred music to lighthearted folk songs. Today they remain an 18-20 voice chamber choir with a focus on early music, with a balance of music from other eras.

Over the years the Gallery Singers have won many competitions at the CBC and Kiwanis Choral Festivals, and a first and three second prizes at the International Eisteddfod in the UK.

The choir currently performs four concerts each year in Vancouver. 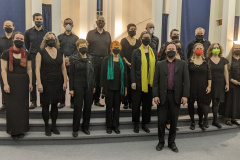 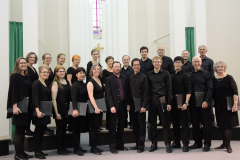 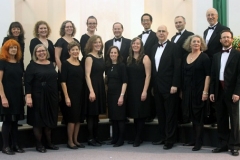 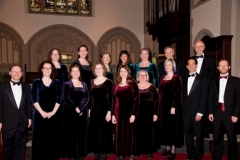 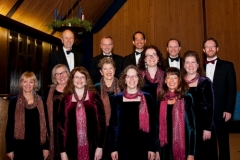 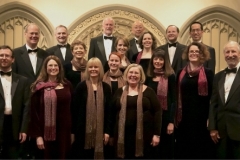 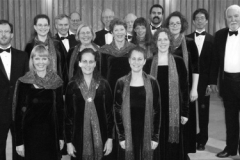 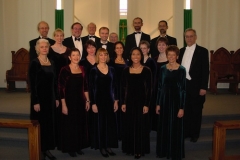 There are no upcoming events at this time.

Please consider making a donation to the Gallery Singers, to help us keep sharing our music with you!